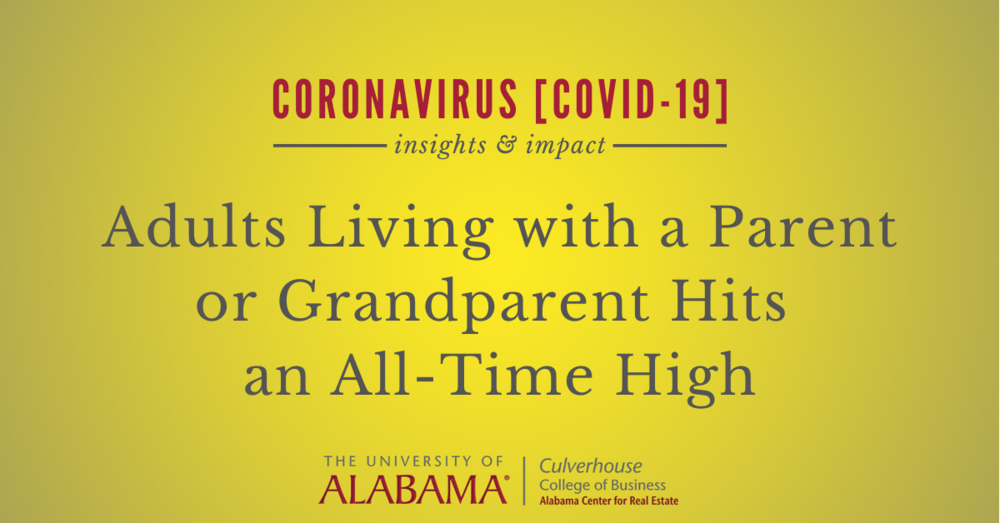 The impact thus far of COVID-19 to residential real estate has been significant. Residential sales activity slowed in Alabama and in the United States during April and May amid the general economic slowdown during the quarantine. Residential sales in the state decreased 8.9% year-over-year in April, and a preview of May sales data shows a similar pattern. Median sales prices, however, have remained somewhat stable. The statewide median sales price increased 13.9% Y/Y in April, and limited May data shows prices down slightly in 3 markets (-0.7% in the Cullman area, -2.7% in the Dothan area, -3.7% in Monroe County) while it increased 8.2 and 8.8% in the Tuscaloosa area and the Phenix City area respectively.

Limited inventory played a significant role in home price appreciation leading up to the pandemic, and that trend has continued, but arguably to a more significant degree. Double digit inventory declines have been the “new normal” in Alabama (7 consecutive months), with residential listings nationwide declining almost 20% from April 2019. Check back in for ACRE’s May Statewide report on June 22 for insights to recent trends.

Rental markets have also been significantly impacted by the pandemic. According to recent data from the U.S. Census Bureau, the number of adults living with a parent or grandparent hit 32 million in April, a record high. Many of those who moved back in with family include GenZ, who are estimated to spend approximately $726 million per month on rent. While only representing about 1.4% of the overall rental market, this trend could be worrisome for owners of rental properties if the moves back home become permanent.

Among young adults (age 18-25) living in the 50 largest metros in the United States, Nashville, Austin, and Oklahoma City have the most exposure to rent loss among young adults moving back home. True, many individuals in this age range move home seasonally due to college or graduate school, but the rate surged in April (from historically 53-55% to 61%, a record high) as many were back home early as many universities transitioned to online classes to battle the pandemic. Other factors for this age group include a tight labor market as the number of employed adults age 18-25 fell approximately 25% in April. 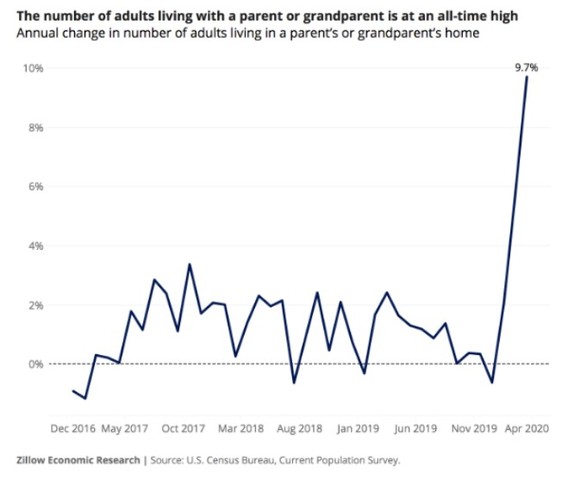