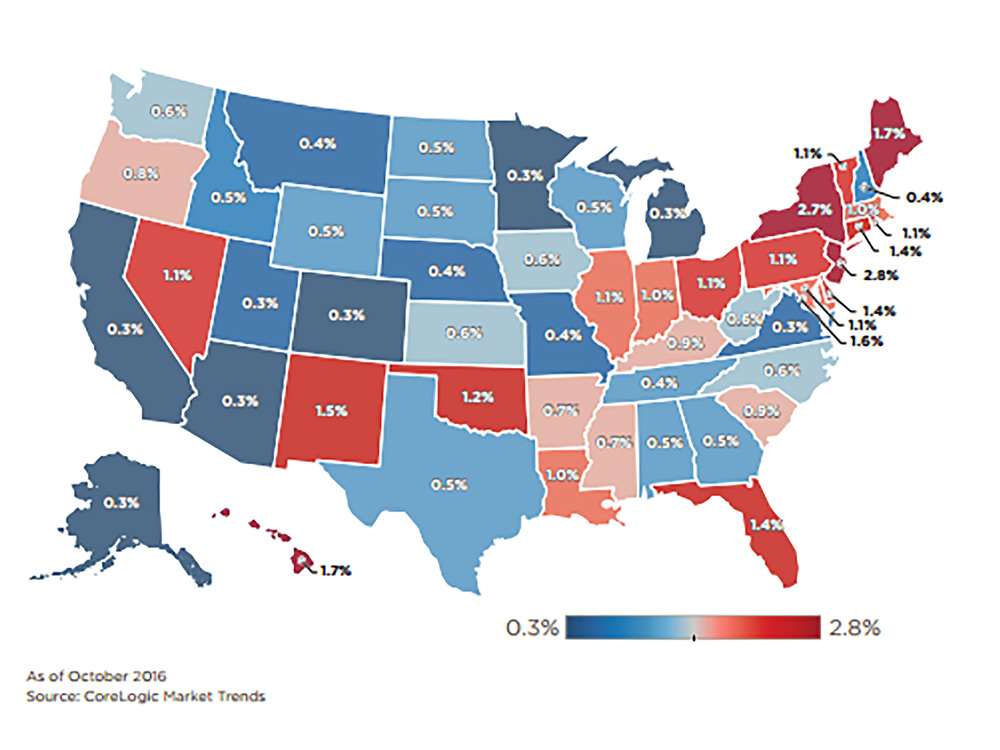 Alabama foreclosure inventory down significantly from 2015

Alabama's foreclosure inventory decreased 28 percent in October, compared to the same period during 2015.

According to CoreLogic's October 2016 national foreclosure report, .5 percent of Alabama's housing inventory was in foreclosure.

During the time between October 2015 and this year, there were 9,222 foreclosures in the state.

The Serious Delinquency Rate within the housing inventory stood at 3.1 percent.

Nationally, there were 30,000 foreclosures completed during October, compared to 40,000 last year. During the same 12-month span, 411,144 foreclosures took place throughout the country.

Through October, the Serious Delinquency Rate nationally stood at 2.5 percent, 25 percent below October 2015.

Other Southeastern states stacked up similarly to Alabama, with Georgia posting .5 percent foreclosure inventory and Mississippi with .7 percent.

Florida's foreclosure inventory stood at 1.4 percent, but that was down 41.4 percent from last year.