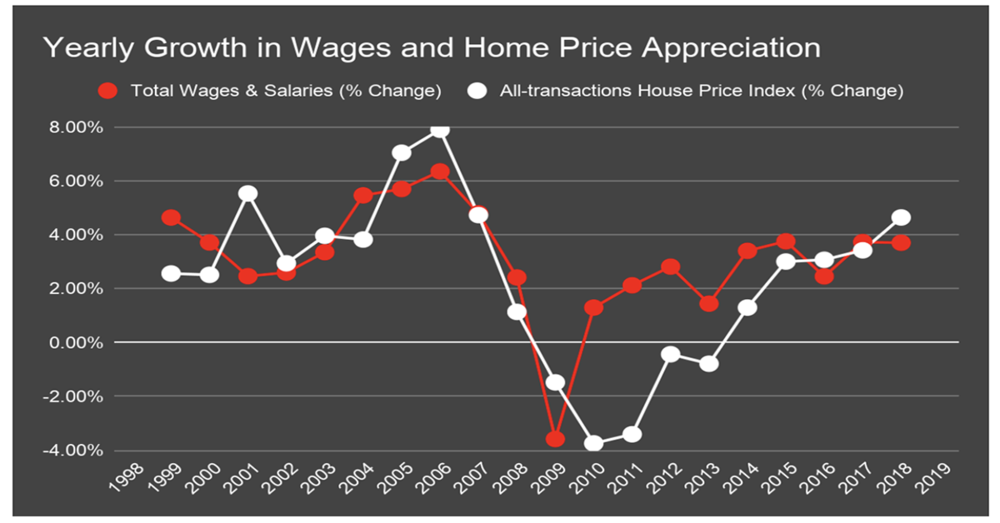 As total wages and salaries in Alabama have been on a steady climb since 1998, the cost to purchase a home has shown a similar pattern of growth. On average, total wages and salaries increased 3.13% per year and the all-transactions House Price Index score (HPI) has increased 2.39%. According to the Federal Housing Finance Agency, “The FHFA House Price Index (HPI) is a broad measure of the movement of single-family house prices. The HPI is a weighted, repeat-sales index, meaning that it measures average price changes in repeat sales or refinancings on the same properties”. Essentially, the HPI score serves as an indicator of price trends in a given geographic area. The percent changes in these price trends each year can be compared to the percent changes in total wages and salaries for Alabama to show somewhat of a relationship between the two.

When analyzing the graph shown above, one can clearly see that the percent changes in total wages and salaries and HPI have some sort of relationship. The financial crisis of 2008 is a perfect example of this. The state saw its only negative total wages and salaries change in 2009, the year immediately following the financial crisis. The percentage change in HPI scores for the state also fell below zero in the years 2009-2013.

A similar trend can be seen throughout the major metro areas of Alabama. Birmingham, Mobile, Montgomery, and Huntsville all show a correlation between wage growth and HPI score that follows the same general trend as the entire state. 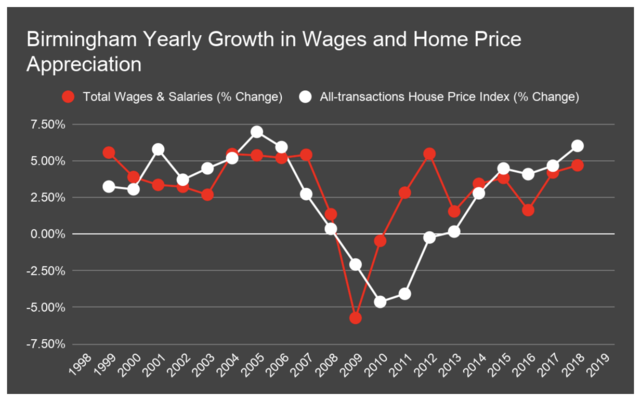 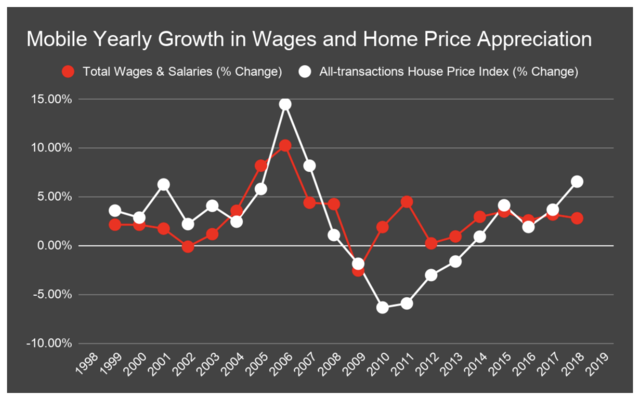 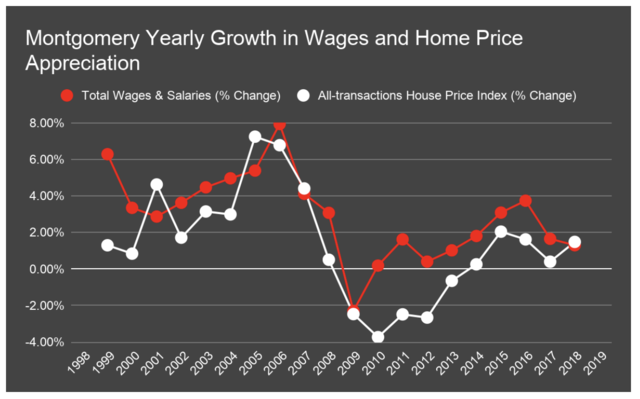