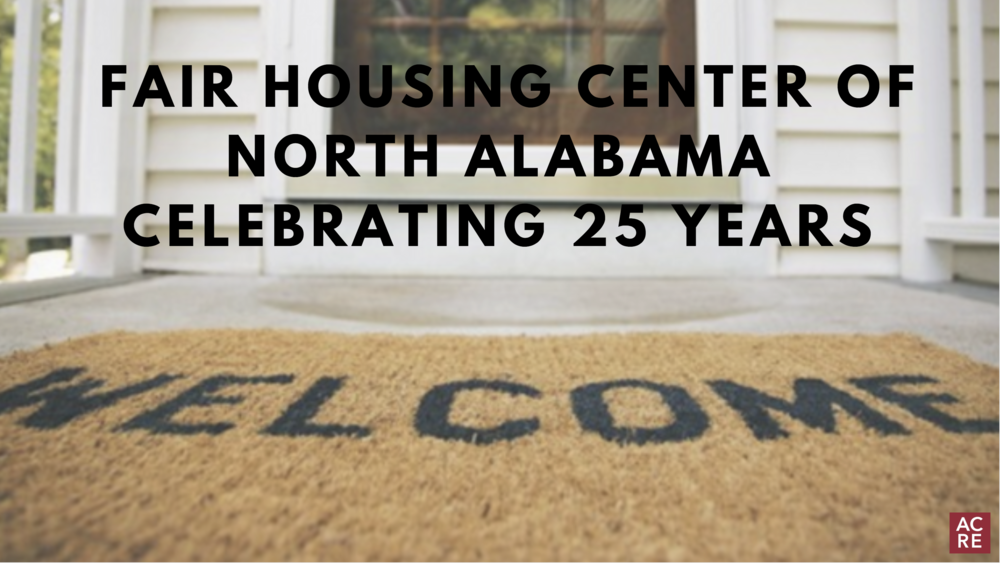 Although this year represents the 50th anniversary of the Fair Housing Act, the United States is still struggling with equality of opportunity in housing.  According to the National Fair Housing Alliance’s (NFHA) 2018 Fair Housing Trends Report, there were 28,843 complaints in housing discrimination in 2017. More than 70 percent of those complaints were handled by private, nonprofit fair housing organizations.  No one knows this better than Lila Hackett, executive director of the Fair Housing Center of North Alabama (FHCNA).

“We generally see 150 to 200 cases per year,” said Hackett. “The most common cases are people having trouble with landlords, people with disabilities not being accommodated, families with children not getting adequate housing and people with English language deficiency being victimized.”

FHCNA serves 29 counties in north Alabama. However, it has only received funding from two of those counties over the years.  The majority of funding is provided by the Fair Housing Initiative under the U.S. Department of Housing and Urban Development (HUD).  While Hackett acknowledges that FHNCA has had very little support, especially from communities, she emphasizes that “even under duress, we have provided free services for 25 years.”

While 2018 marks FHCNA’s silver anniversary, its roots go back much further.  It was originally incorporated as the Greater Birmingham Fair Housing Center (GBFHC) in the early 1980’s. In 1988-89, the Fair Housing Interest Group provided testing and supervisory assistance to HUD during the Housing Discrimination Survey.  This testing was conducted in in the greater Birmingham metro area to include Jefferson, Tuscaloosa, Walker, St. Clair and Shelby counties.  The results of the survey found there was a large housing discrimination in the area.

In 1991, the GBFHC volunteer board of directors and local fair housing attorney Leslie Proll contacted the NFHA for assistance securing FHIP Education and Outreach Funds. The agency was incorporated in 1993 as a 501c(3) agency and one of three fair housing organizations existing in the Deep South.  In August 1997, the GBFHA changed its name to the Fair Housing Center of Northern Alabama.

Despite the federal grant, FHCNA still needs additional sources of funding.  “Our grants are task specific which leaves very little or no funds for other activities such as planning for our 25th anniversary,” said Hackett.  “We are depending completely upon the sale of sponsorships and ads to support a great day in our history.”

FHCNA’s 25th Anniversary Celebration will be held on June 14 at the Birmingham Botanical Gardens.  The cocktail hour begins at 6 p.m., followed by the dinner program at 7 p.m. In addition to sponsorships and program ads, tables and individual tickets are available for purchase.  Donations in support of the event will also be accepted.

Besides additional funding, FHNCA also has a continuous need for volunteers.  They are currently looking for people to assist with the anniversary event registration and seating.Other volunteer opportunities include answering the phone, assisting at trainings and conferences, and acting as testers.  Testers are objective fact finders and are trained to assist FHNCA in examining housing practices. According to Hackett, “ Most of our testers are students as well as housewives and some employed persons seeking to assist in the eradication of housing discrimination.” Testers have to be non-industry related in their professions, and most are compensated for their time and travel. To volunteer with FHCNA, contact Lila Hackett at 866.740.1040.