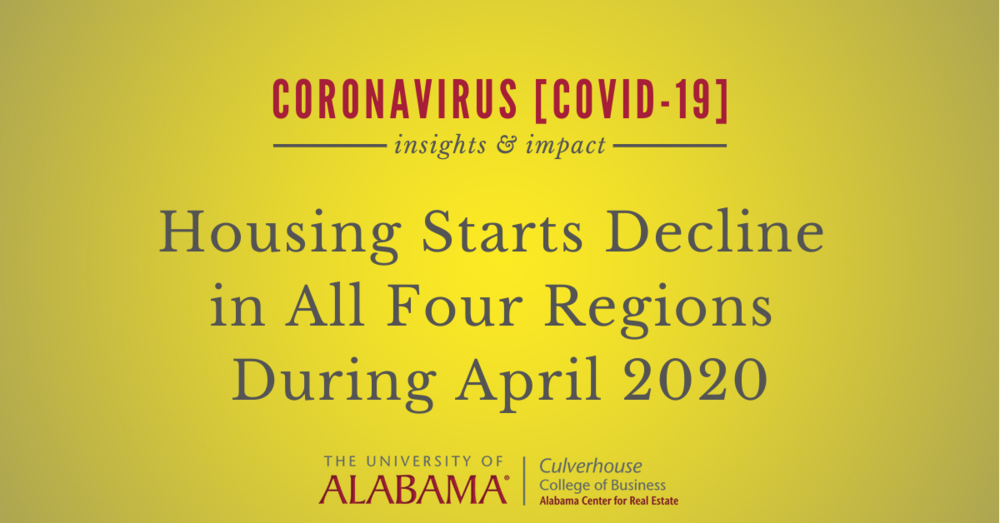 Housing starts decline in all four regions during April 2020

Housing starts fell 30.2% to a seasonally adjusted annual rate of 891,000 in April. This is the lowest level in approximately 5 years, and the percentage decline was the largest since the government began tracking this data point in 1959. This is on the heels of a 18.6% decline in March. Many economists expected a significant decline in the annual rate in April (average of 927,000 from economists polled by Reuters), yet the actual numbers fell a bit further than expected.

Chris Rupkey, chief economist at MUFG in New York, said, “This is an unprecedented recession in that it happened over just two months and this is making it harder for companies and consumers to get their bearings and figure out what to do next.”