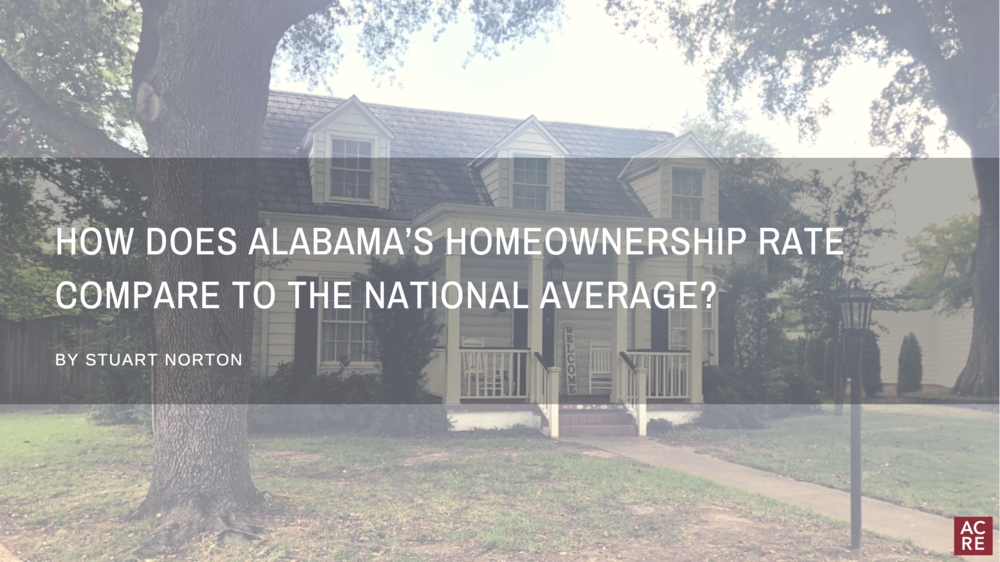 How Does Alabama’s Homeownership Rate Compare to the National Average?

So how does homeownership in Alabama compare to other states? Let’s begin by comparing Alabama to neighboring states: Alabama’s 71.9 percent is equal to Mississippi, slightly higher than Tennessee (70.6 percent), somewhat higher than Florida (65.1 percent), and significantly higher than Georgia (62.1 percent). Only one state in the deep south currently has a higher homeownership rate than Alabama and it’s South Carolina with 74.1 percent.

Homeownership rates fluctuate over time due to recessions, home price trends, interest rates, student loan debt, and other factors. The impact of these factors, however varies greatly by age group. Not surprisingly, the “under 35” age category has the lowest homeownership rate at 36.5 percent while the “65 and over” category has the highest rate at 78 percent. Rates also vary significantly by state with West Virginia currently having the highest homeownership rate in the nation at 74.6 percent, while the lowest is in the District of Columbia at 40.1 percent.