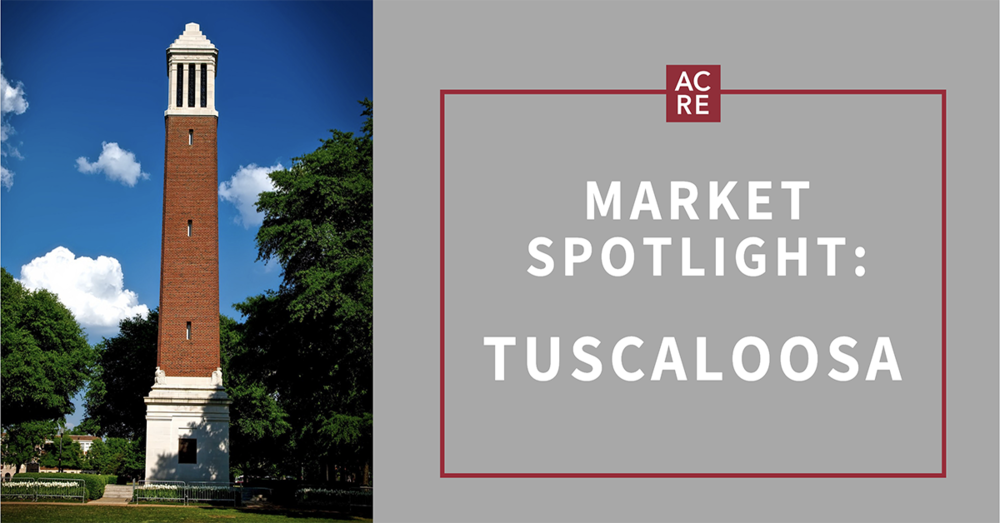 Known as “The Druid City” because of the large water oaks that lined the streets of downtown in the mid-1800s, Tuscaloosa is now a regional center for industry, commerce, healthcare, and education. The area received a huge economic boost in 1993 when Mercedes-Benz announced plans to build an auto manufacturing facility in Tuscaloosa County. This not only marked the first time that Mercedes-Benz vehicles were built outside of Germany, but also the first automotive manufacturing facility in Alabama. Since that time, Honda, Hyundai, and Toyota have joined Alabama’s auto manufacturing industry, which now ranks in the top 5 among states for production of cars and light trucks.

Approximately 16% of the non-farm workforce in the Tuscaloosa area is employed in manufacturing. In addition to Mercedes-Benz, other large manufacturers in the area include BFGoodrich, Nucor Steel, Hunt Refining, Westervelt, Johnson Controls, and ZF Lemforder. Additionally, with access to the Black Warrior River and the I-20/59 corridor, Tuscaloosa’s location is well suited for continued industrial growth in the years ahead.

Not surprisingly, education is also big business throughout West Alabama as the region is home to the University of Alabama, The University of West Alabama, Stillman College, Shelton State Community College, and Bevill State Community College. Roughly 30% of the region’s non-farm workforce is employed in government, healthcare, and education. DCH Health System operates two hospitals in the region, while the Veteran’s Administration also has a large hospital in the area.

The growing economic base in the Tuscaloosa area has provided a boost for residential markets. Total residential sales are nearing the pre-recession peak of 2,886 closed transactions reached in 2007. With sales up 2.5% year-to-date, it is likely that total sales in 2019 will be in the 2,750 range. Additionally, home price appreciation is strong at 5.2% YTD, just behind the statewide average of 5.8%.

Similar to other metro areas across the state, properties listed for sale in the Tuscaloosa area are down compared to the prior year. The 802 residential listings in November 2019 represents a year-over-year decline of 5.2%. However, listing shortages in the Tuscaloosa area are relatively mild when one considers that they are down 10.5% statewide.

Properties are selling fast in the Tuscaloosa area thus far in 2019. With an average of 56 days on market YTD, the area is the fourth fastest selling market in the state.