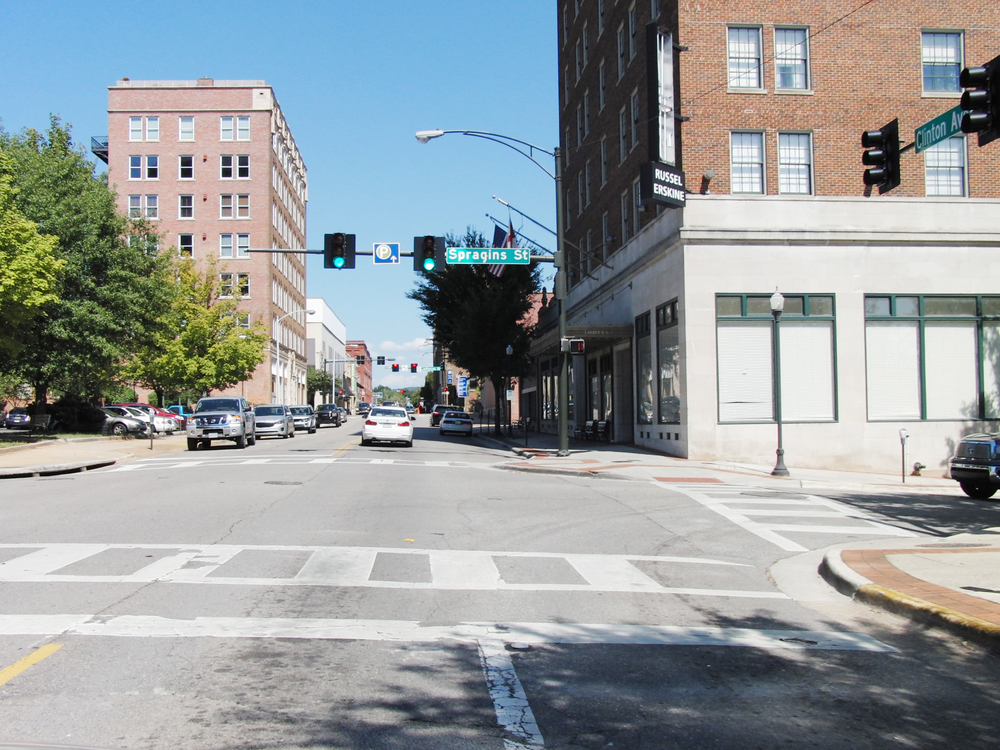 Athens/Limestone County saw the largest increase in home sales compared to 2015, while Shoals was the lone area that saw a decrease year-over-year during 2016's final month.

Here's how the region stacked up against December 2015. (Click the link below the chart to read ACRE's Monthly Report) 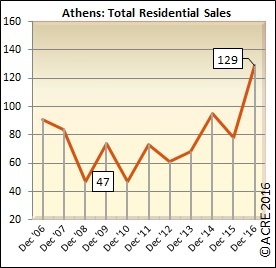 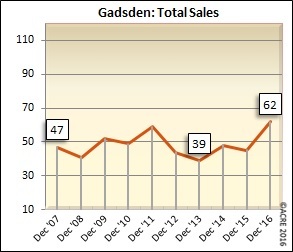 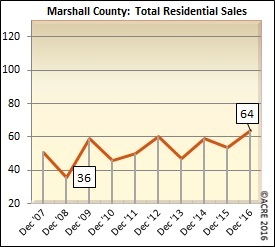 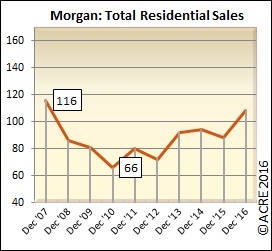 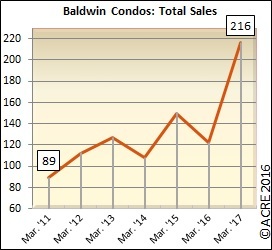 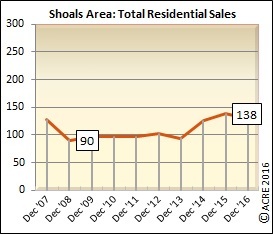