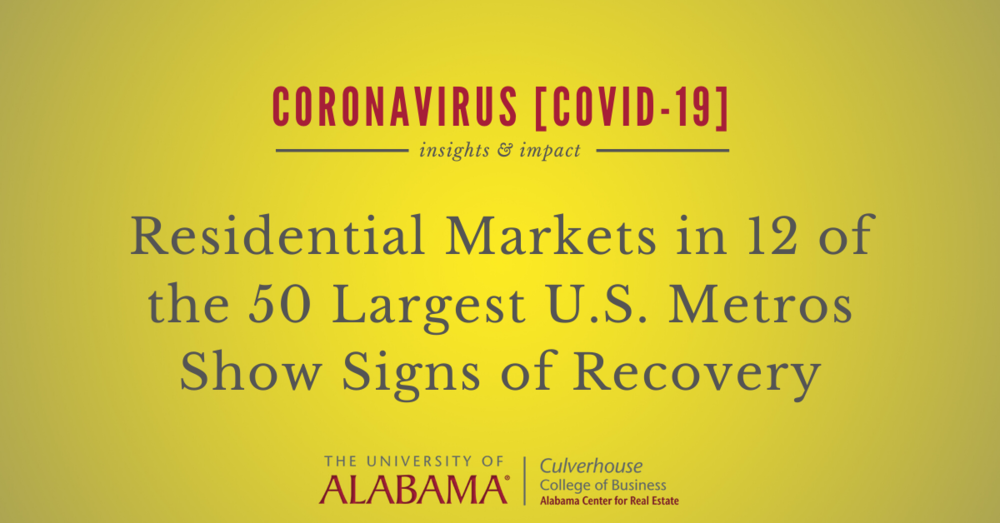 A recent weekly economic and housing market update from Realtor.com touched upon a few positives for the nation’s housing market. Pending home sales increased 44.3% month-over-month while mortgage applications remained somewhat steady, decreasing slightly (-2%). This combination of early-stage indicators suggest that buyers remain active in residential markets. Additionally, buyers still outnumber sellers (relatively speaking) according to the site’s June Housing Trends Report. Current market dynamics include a shortening sales cycle from early June (decreasing average days on market) and sales prices growing at a faster pace than before the pandemic. Listings are still short as the number of homes available for sale in June decreased more than the prior month. The update also noted that during the most recent week, homes remained on the market 7 days longer than one year ago, while the earlier weeks of June saw homes spend 14 days or longer than last year.

On another favorable note, twelve of the fifty largest metropolitan areas in the United States have reached the January recovery baseline according to the Realtor.com Recovery Market Index. Factors driving the housing market recovery in these areas include increasing activity among home buyers and increases in new listings. Metro areas with the strongest recoveries include Boston, San Francisco, Seattle, Denver, and Philadelphia.

In Alabama, two of three metro areas reporting sales data for June show increasing sales activity from one year ago. Total residential sales decreased 5.7% year-over-year in the Phenix City area, while sales in the Tuscaloosa area rebounded significantly in June with an increase of 29% Y/Y. Sales also increased 18.2% Y/Y in Southeast Alabama (Dothan area). While it is only three markets, and none have a large sample size of closed transactions when compared to larger metros like Birmingham-Hoover or Huntsville, the June sales reports have been somewhat favorable, suggesting to a limited degree that other metros could see rebounding sales activity as well. In the state’s largest residential market, the Birmingham-Hoover area, total sales decreased 21.5% Y/Y in May and 13.6% in April. A recovery in June sales in the area would not be surprising, mainly as a result of pent-up demand.

Based on a limited selection of June data, median sales prices remained somewhat stable, increasing 3.3% Y/Y in Tuscaloosa and 13.3% in the Phenix City area, while decreasing 1.9% in the Dothan area. For a complete summary of Alabama residential sales activity, including analysis of recent trends, check out the Center’s Statewide Sales Report which will be updated with the June data on July 22, followed by the webinar on July 29.