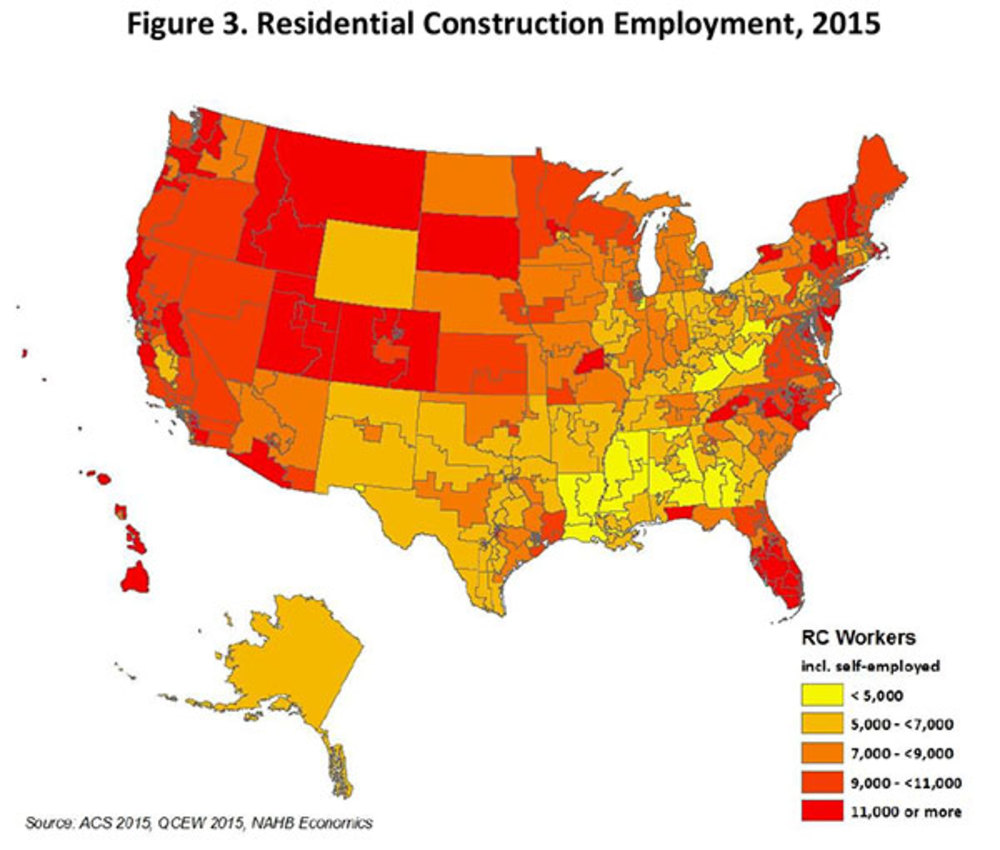 At the peak of the housing boom in the mid-2000s, the United States had over 11 million people working in construction.

According to a new study released by the National Association of Home Builders, that number in 2015 stood jsut under 10 million (9.6 million). Although the number remains lower than the pre-recession peak, it does represent four years of growth in employment in the industry.

Alabama had roughtly 4,600 residential construction establishments during 2015, accounting for 32,451 workers thoughout the state's seven congressional districts, and 1.6 percent of the civilian labor force. According to the study, 20.9 percent of those surveyed were self-emplyed.

Below is a list of Alabama's residential construction labor force broken down by congressional districts.

NAHB says the average congressional district had 8,650 residential construction workers. That number stood a solid 11,000 during 2005.

California had the highest number of residential labor workers with more than 500,000 working in the industry. That is compared to nearly 800,000 workers in 2006.

Just to the south of Alabama, Florida had the second highest total with 334,000 residential construction workers (40 percent lower than the 2006 numbers).

Join ACRE at the 20th Annual Alabama Commercial Real Estate conference at The Club in Birmingham on Friday, February 7.