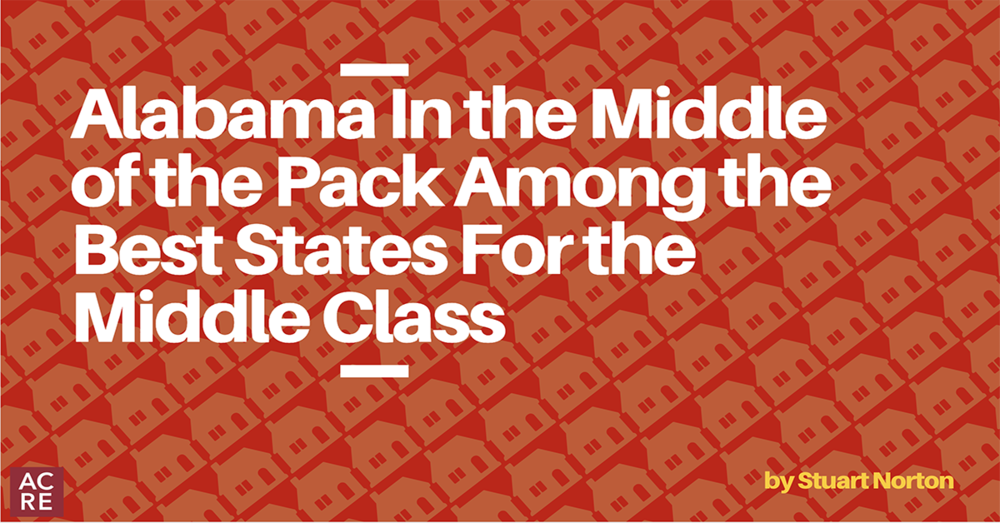 The comparison was based on an equal weighting of seven data points including:

Data for the study was obtained from the U.S. Census Bureau’s 2018 American Community Survey and the Bureau of Labor Statistics.

Utah was ranked #1 due to its high percentage of middle class residents, 47.3%, and having the lowest income inequality of all states. Utah also has the second highest median household income of $73,342 when adjusted for cost of living. Maryland took the top spot in this category with $75,334 although it had an overall ranking of 39th.

Other states ranking in the top 5 include Idaho, Iowa, Nebraska, and Indiana. Similar to Utah, Idaho had a homeownership rate above 70% and a relatively high median home value of $233,100. The midwestern states of Iowa, Nebraska, and Indiana ranked 3-5. All had a relatively high percentage of households in the middle class at 46-48% and high rates of homeownership of 66-71%. With a median home values in the $147,000-162,000 range, these markets are also affordable for entry-level buyers.

At 29th, Alabama was near the middle of the rankings. Alabama’s homeownership rate of 68% is higher than the national average, but the state was hurt somewhat in the rankings by its 42.4% of households in the middle class, which ranked 34th. Alabama’s median home value of $147,900 as measured by the 2018 American Community Survey also suggests that homeownership is within reach for a large percentage of residents. A recent affordability study by the Alabama Center for Real Estate calculated affordability scores of 199.5 for Alabama and 154.8 for the United States. This means a family earning the statewide median family income has approximately 2 times the income necessary to qualify for a loan to purchase a median priced home in the state, suggesting that markets in Alabama are more affordable than the nation as a whole.