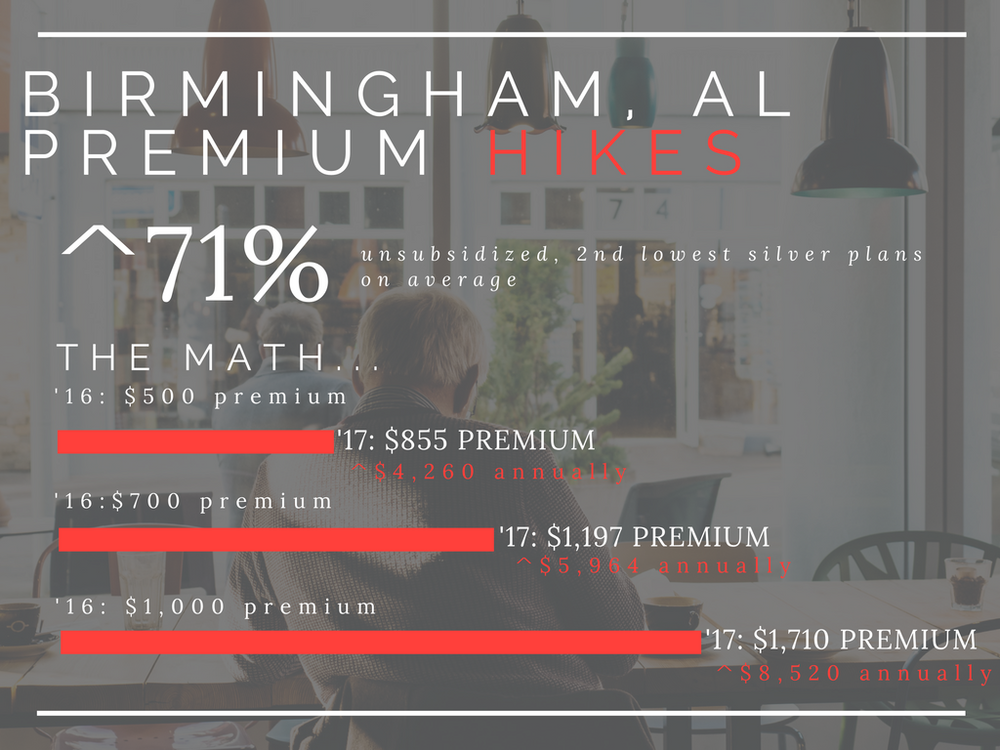 Birmingham premium hikes are up an average of 71% this year.

Some look to 'health sharing' as alternative to health insurance

Open enrollment is over, but it’s not too late to get health coverage.

Some in the real estate industry, as well as related industries, are taking advantage of an alternative to health insurance known as health sharing.

According to recent data from the Henry J. Kaiser Foundation, Birmingham is the second-highest city in the nation in terms of 2017 health insurance premium increases *(up 71 percent on average).

"We have discovered that our clients are fed up with paying to pay for health insurance via high premium, high deductible plans," said Joey Mure, chief finanical coach, at Birmingham-based Blueprint Financial Partners. "Through this alternative, they are now saving $500 - $1200 a month on personal plans."

Since 2017 health insurance open enrollment officially got underway, millions of families across the nation have received notice that insurance premiums are increasing dramatically. Obamacare has allowed for millions of once uninsurable people to now become insured, forcing health insurance companies to increase many families' premiums. Families in some cities are seeing their average monthly premium hike up to 145 percent.

After several years of rate increases, many families, individuals and business owners are beginning to think that “there has to be a better way.”

"Blueprint Financial Partners believes health sharing is the best viable alternative, and it is available in many cases at significantly lower rate than any health insurance plan that qualifies under the ACA," Mure said.

Fortunately, there is an exception to the rules of the ACA that allow health sharing companies to operate.

Members of these companies’ health sharing plans can demonstrate their exemption from ACA by simply using IRS form 8965 when filing their taxes. Health sharing plans for families and individuals vary in price but are saving families thousands of dollars in premium costs every single year.

To learn more about health sharing and dive into the basics of how these plans work you can watch an OnDemand webinar series here. During the three-part series of 30 minute webinars the presenters will uncover topics like:

"We have discovered that our real estate professional clients are fed up with having to pay for health insurance via high premium and high deductible plans," Mure said. "Through health sharing, some are saving $500 - $1200 a month on personal plans."

This article was submitted to Real Estate Alabama (REAL) and serves to shed light on industry topics. It does not reflect the views of The Alabama Center for Real Estate, nor is it intended to market a particular product or brand.