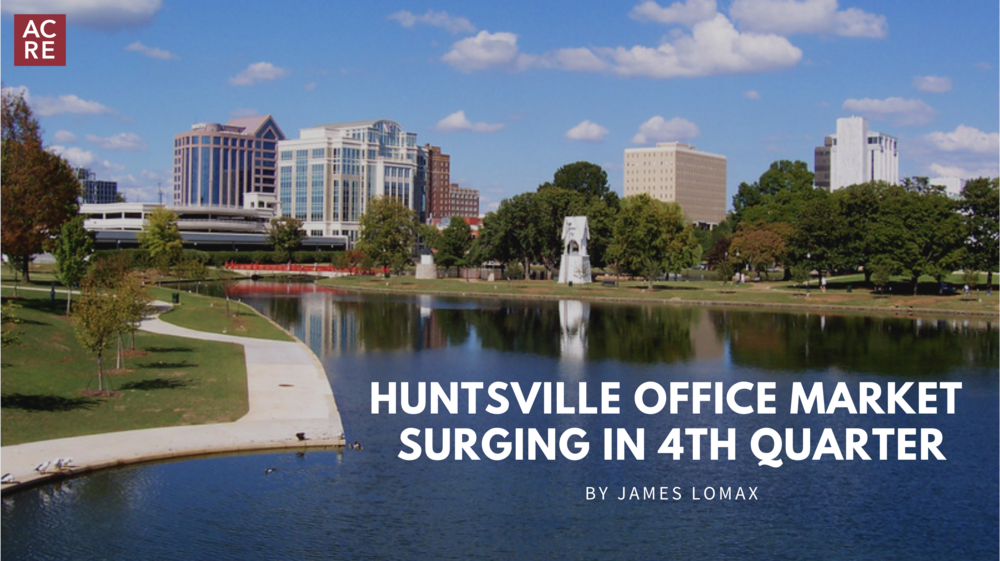 The Huntsville office market continues to impress not only within Alabama, but is outperforming many national metrics. Cummings Research Park (CRP) and the surrounding area has seen a consistent acceleration in demand over the past few quarters due to an uptick in contract awards. Accordingly, job growth in Huntsville has been strong, driving down the unemployment rate to 3.4% in August 2018 from 5.4% in August 2016, which is both lower than Alabama (4.1%) and the U.S. (3.9%). Most importantly, multiple exciting job announcements have made headlines in Huntsville such as Toyota and Mazda to make the decision to locate to the metro area with a $1.6 billion investments and 4,000 new jobs. Similar announcements have been made by BAE Systems, Aerojet Rocketdyne, and Jeff Bezos-owned Blue Origin.

The acceleration in job growth is reflected in the office market absorption, which was over 169,000 square feet at the end of Q2 (82% of the overall market absorption being in CRP, with availability in Downtown being tight) with stronger Q3 results coming in. As an example of strong absorption, 475 Quality Circle, a 154,041 square foot former Verizon Call Center, recently was brought to market and subsequently absorbed within eight months (Q3).

With Radiance Technologies and BAE Systems announcing new build to suit buildings in Research Park, vacancy will be expected as they relocate, but strong market metrics point to quick absorption.

As for new supply, there are currently a few buildings coming out of the ground and a recently announced development:

-          One 62,147 square foot single-story, flex office building (Highland Office Park Phase III) is under construction. The building is projected to be completed in the fourth quarter of 2018.

-          A mixed-use building (@127 Holmes) is out of the ground in Downtown Huntsville, with 8,000 square feet of office space availability in addition to restaurant anchors.

-          Recently, the MidCity development, a mixed use experiential development that sits on the northern boundary of CRP, has introduced to brokerage market a class-A 75,000+- square foot multi-story office building currently under design with a Fall 2019 delivery timeline.

James Lomax is the Director of Asset Management at Corporate Office Properties Trust in Huntsville, Alabama. He can be reached at 256.698.3101.